Oops! It appears that you have disabled your Javascript. In order for you to see this page as it is meant to appear, we ask that you please re-enable your Javascript!
15% off Americana Open Editions · Use coupon code AMERICANA15 at checkout
Home › Biography 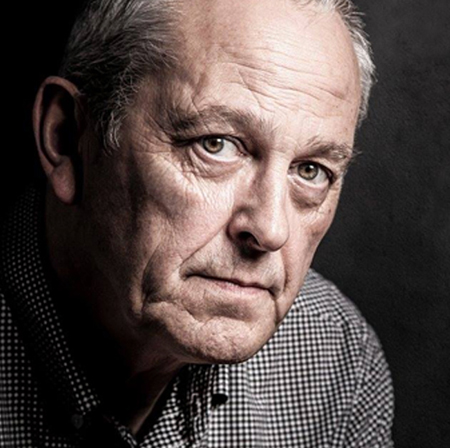 Horace’s influences are diverse and range from the Pop Art paraphernalia of artists such as Peter Blake, Andy Warhol and Robert Indiana to the depictions of light in paintings by Edward Hopper and David Hockney. His ‘Americana’ series falls into the latter category; his reimagines the ubiquitous signs/diners in American cities as iconographic cultural symbols. Ultimately, he says that these works ‘are about painting light’.

His giant ‘cassette’ paintings, on the other hand, fit into the Pop Art genre, with an emphasis on the cassette itself as an icon in terms of its place in musical and cultural history. Each one represents a band/song which has stood the test of time and become a classic in the pop genre and the recording studio in which it was produced. Many of those studios no longer exist so each cassette is meticulously researched to give accurate information. This series started when he was commissioned to design a Christmas card for Teenage Cancer Trust. Having just found a box of old cassettes (including some old recording sessions by The Specials) he drew his first cassette with the title ‘Christmas Songs’. This particular card was a hit and sold out within weeks of its release.

In his ‘Icon’ series, Horace has included a number of portraits including one of Amy Winehouse which was commissioned by The Amy Winehouse Foundation and one of Billy Wright (Captain of Wolves FC and England in the 60’s who is only one of 8 footballers to have won more than 100 caps for the England team). This was auctioned by Club Wembley with proceeds donated to Teenage Cancer Trust.

Although most of his career has been defined by music (as the bass player in The Specials), Horace graduated in 1975 with a degree in Fine Art from what was then called the ‘Lanchester Polytechnic’ in Coventry (now Coventry University). It was there that he first met Jerry Dammers and the concept of the punk/ska band materialised.

He has been exhibiting in the UK since 2009 and in 2015 will be taking work to Los Angeles and New York for the first time. His original paintings and limited edition fine art prints are available through a hand-picked selection of galleries. Prints can be purchased online.

For the latest news, tour dates announcements and memorabilia

Be part of the HPA Circle